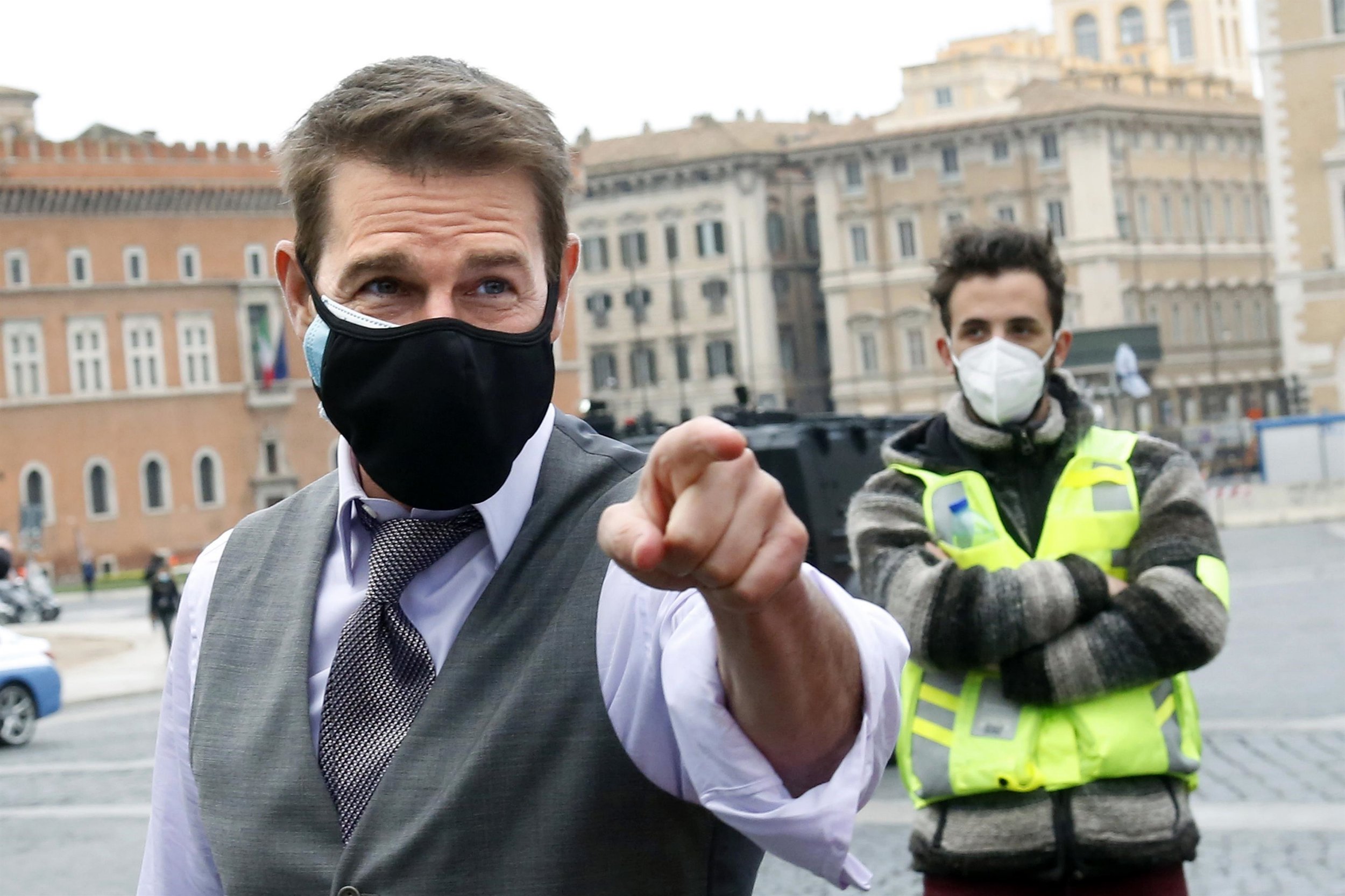 Tom Cruise has been hailed a hero after a crew member on his 1988 film Cocktail shared the moment the star apparently ‘saved’ the life of co-star Elisabeth Shue.

The pair were filming scenes for the classic movie in Jamaica, with a helicopter capturing the lovers riding horses along a beach.

Bill Bennett, the man filming from the chopper, recalled the reported near-miss in a Facebook group, Crew Stories, which will make the hairs stick up on the back of your neck.

Writing in a Facebook post recently, Bill claimed he witnessed Tom ‘save Elisabeth Shue’s life for real’, after the actress came ‘feet’ away from walking into a helicopter’s spinning rotor blades – which can kill in an instant.

Bill told the group: ‘I was the aerial camera operator for the movie Cocktail.

‘We were filming the scene from a helicopter, where Tom and Elizabeth are riding horses along the beach. We were shooting film, but I had a video recorder in the helicopter to record the camera’s video tap images. [sic]’

He explained the only monitor Tom and Elisabeth could use to see their scene in order to get notes on the next take was in the other seat of the helicopter, and as the chopper were only on the ground for a couple of minutes the engine would continue to run, with the rotors turning.

‘So, after we had landed for the second or third time, Tom and Elizabeth came over, I opened the side door of the helicopter and they leaned in to watch the shot on the monitor. The Director gave them a couple notes, and Elizabeth, getting quite excited, took off suddenly, running towards the BACK of the helicopter.

‘I was strapped in with a five point harness, so I couldn’t do anything, but I leaned out and screamed, STOP!!” [sic].’

Bill said that at that same moment Tom saw where his co-star was going and, as a trained pilot in both airplanes and helicopters, he ‘immediately saw the danger’.

The cameraman wrote: ‘He lunged after her, but only was able grab her legs, tackling her to the ground.

‘He rolled her over, dragging her at the same time, and you could see the momentary anger on her face while she was yelling “Why did you do that?” But by that time he is pointing at the tail rotor which is now a couple feet away, screaming at her that she almost died.

‘At that point she turned white, and he pulled her back towards the front of the helicopter and they walked away. All of us in the helicopter, we’re quite shaken up by the close call, but there was nothing to be said.

‘Tom had, in that instant truly saved her life.’

It’s a hairy tale that garnered a massive response from members of the group – however, according to one, they were able to confirm the story with Tom, who is currently working on Mission: Impossible 7.

Sharing Tom’s reported backing of the story, Mike Timm wrote in one of the comments: ‘I sent this post to Christopher McQuarrie who’s working with Tom on MI. He loved the story and of course Tom confirmed it.’

While we’re yet to hear from Tom or Elisabeth on whether or not this is what went down, you have to admit it makes for a pretty great story in hindsight – now safe from the rotors.

Metro.co.uk contacted reps of both Tom and Elisabeth for comment.