Cosby Accuser Andrea Constand Speaks Out About His Overturned Conviction

The world was shocked on June 30 when The Pennsylvania State Supreme Court overturned a ruling against Bill Cosby after he spent just two years in prison. In 2018, Cosby was found guilty of three counts of aggravated indecent assault, and Andrea Constand, who was an employee at Temple University at the time, was the prominent name in the trial. She accused “The Cosby Show” star of drugging and sexually abusing her at his Pennsylvania mansion, per CNN. More than 50 other women also came forward to make allegations against Cosby, the outlet reported, and the court sentenced him to three-to-10 years behind bars.

Many celebrities have taken to Twitter to express their anger over the ruling. “I am furious to hear this news. I personally know women who this man [allegedly] drugged and raped while unconscious. Shame on the court and this decision. #TimesUP #MeTOO,” Amber Tamblyn tweeted. “WHEN will things get better for women and girls regarding sexual assault, sexism, misogyny and ageism? What will it take? So discouraged,” Kathy Griffin wrote.

Cosby’s former co-star, Phylicia Rashad, had the opposite reaction and was elated over the news. “FINALLY!!!! A terrible wrong is being righted- a miscarriage of justice is corrected!” she tweeted, disabling replies. She later attempted to clarify her comments, saying she was “in no way trying to be insensitive to the truth” of sexual assault survivors.

Now that everyone else has chimed in on the news, what does Constand have to say? Keep scrolling to find out. 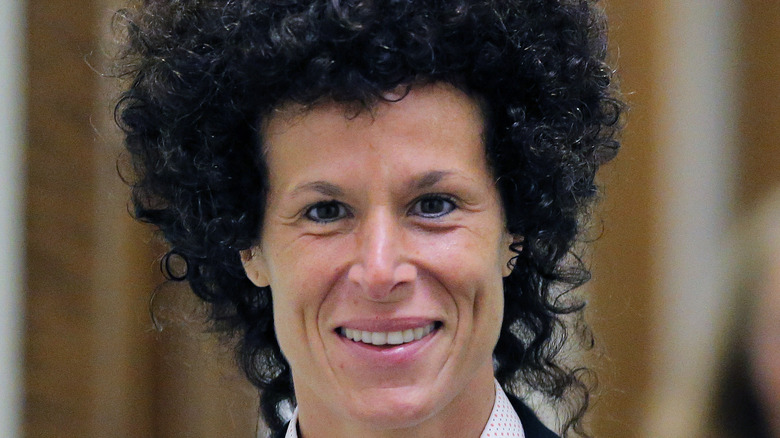 Andrea Constand testified against Bill Cosby in his criminal trial, a testimony that “helped convince jurors to convict” him, per People. (She also won $3.38 million in her civil case settlement against Cosby, the outlet noted.) The same day that The Pennsylvania State Supreme Court overturned the criminal ruling against the disgraced star, Constand issued a lengthy statement with the help of her attorneys on Twitter. Constand shared that she “disappointed” by the ruling, especially because it “it may discourage those who seek justice for sexual assault in the criminal justice system from reporting or participating in the prosecution of the assailant, or may force a victim to choose between filing either a criminal or civil action.”

“On the one hand, the Court acknowledged that the former District Attorney’s decision not to prosecute Mr. Cosby was not a formal agreement and constituted at best a unilateral exercise of prosecutorial discretion not to prosecute at the time,” Constand continued. She went on to mention that she and her attorneys “were not privy to any discussions between the former prosecutor and Mr. Cosby or his then criminal counsel, let alone signatories of any agreement of any kind.”

” … Once again, we remain grateful to those women who came forward to tell their stories, to DA Kevin Steele and the excellent prosecutors who achieve a conviction at trial, despite the ultimate outcome which resulted from a procedural technicality, and we urge all victims to have their voices heard,” Constand’s statement concluded. She and her attorneys also said that they do not intent to make further comment.”

If you or anyone you know has been a victim of sexual assault, help is available. Visit the Rape, Abuse & Incest National Network website or contact RAINN’s National Helpline at 1-800-656-HOPE (4673).