CHRISTOPHER STEVENS reviews last night’s TV: A shambles of a show, much like the police operation it portrayed

The Accused: National Treasures On Trial

What a mess. Not only Operation Yewtree, the inept and vindictive police probe into historic sex allegations against celebrities, but the documentary that charted it.

With so much superb material, plus the co-operation of Sir Cliff Richard — articulate, dignified, distraught — and the panache of broadcaster Paul Gambaccini, you wouldn’t think it was possible to make a bad programme.

But The Accused: National Treasures On Trial (C4), a one-off rush through a multitude of cases, was muddled and shallow. It attempted to cram in the successful prosecutions and the justifications of detectives, as well as interviewing three of those who were unfairly accused.

There was obviously enough material for a detailed four-part series. The guilty men, including publicist Max Clifford and TV presenter Stuart Hall, should have been dealt with separately.

I wanted to hear much more from DS Gary Pankhurst, the Met copper who quizzed Rolf Harris at the start of the inquiry.

He said the Australian entertainer — nicknamed the Octopus by some who worked with him, for the way he wrapped his tentacles around women and girls — was surly when first questioned. But during a pause in the questions, Harris broke into a chorus of Sun Arise, one of his signature tunes. 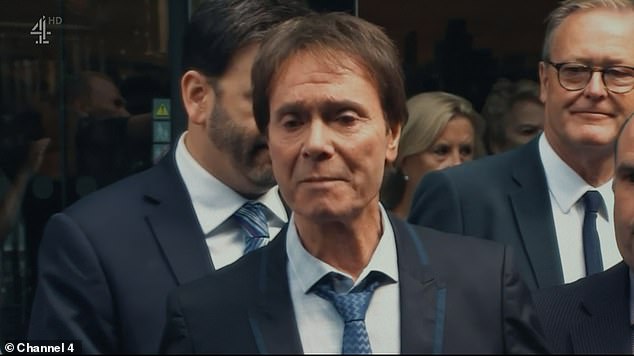 he Accused: National Treasures On Trial (C4), a one-off rush through a multitude of cases, was muddled and shallow. Pictured: Sir Cliff Richard 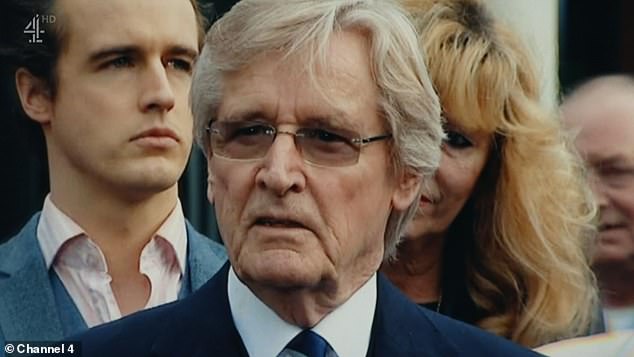 he Accused: National Treasures On Trial (C4), a one-off rush through a multitude of cases, was muddled and shallow

The detective guessed he was psyching himself up, giving himself confidence. More insights like that from the interview room would have been welcome.

So would further footage that Gambaccini filmed of himself during the months he was waiting to hear from the police. (In the end, his investigation was dropped.)

He took the eccentric but effective step of behaving like a character in his own reality show, chatting to a selfie camera about his ordeal. He showed us around his apartment and told how he blocked out anxiety by doing tricky crosswords.

DJ Neil Fox’s case, which ended in acquittal, was quite different, rooted in workplace allegations dating to the 1990s lad culture.

But it was Sir Cliff’s testimony that gripped and moved me. He spoke candidly about his prayers and his abiding anger. He hinted at ongoing depression: ‘You can’t press the delete button, unfortunately. It’s just always there.’

And he savaged the BBC for naming him as a suspect from the outset: ‘They didn’t want facts or truth. They wanted a scoop.’

The Beeb’s former home affairs correspondent Danny Shaw agreed guilelessly that he ‘thought it was a great scoop’, then condemned himself further with an assessment of breathtaking cynicism: ‘If you go into showbusiness, then you have, I think, to accept that with fame comes scrutiny and may come some unpleasant headlines.’

There we go. It’s Cliff’s own fault for being famous.

Even with songs from disgraced showbiz performers, the Metropolitan Police’s interview room techniques were very different to the family-friendly style of DI Jimmy Perez (Douglas Henshall) in Shetland (BBC1). 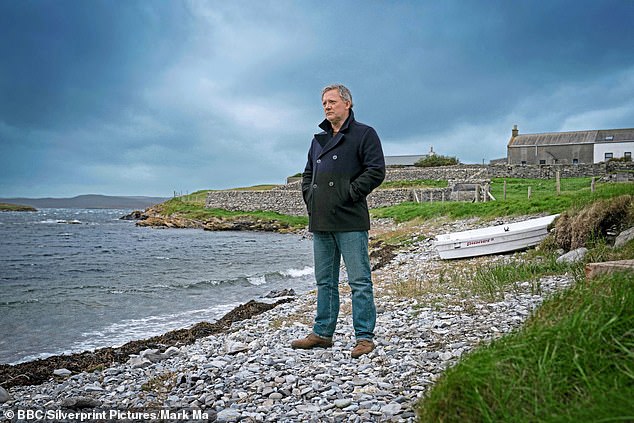 DS Tosh (Alison O’Donnell) was trapped in a caravan with a timebomb. The bomb went off. I need to know — what happens next?

He breezed into an office where a seven-year-old was being held, and won the boy’s confidence by telling him cheerfully that a woman had been murdered and little Liam was withholding evidence. The boy confessed to using the victim’s bank card to buy sweets. Perez ruffled the rascal’s hair and sent him on his way.

However improbable Shetland becomes, I can’t help watching for the quality of its cliffhangers. This time, DS Tosh (Alison O’Donnell) was trapped in a caravan with a timebomb. The bomb went off. I need to know — what happens next?