Christina Anstead Claps Back After Fans Claim She’s ‘Too Skinny’: This Is What I’ve ‘Always Weighed’

Christina Anstead is not standing for any body shaming! The ‘Flip or Flop’ star responded to fans who worried she was ‘too skinny’.

Christina Anstead isn’t putting up with any haters. The 37-year-old HGTV star addressed Instagram comments left by followers who critiqued her physical appearance. “People are commenting that I look really skinny or that I need to eat,” the Flip or Flop star wrote on her Instagram Story on February 5. “This is actually the weight I’ve always weighed.” Christina continued, “You guys have just watched me have babies and then go back to my original weight. So don’t worry, everything’s fine.”

Her response comes amid comments about her health on her recent social media posts, like one which read, “You must eat more food. Way to skinny.” The mom-of-three most recently gave birth to her youngest child, Hudson London Anstead, in September 2019 whom she shares with Ant Anstead. One year after welcoming the tot, the couple revealed they were separating. Their official divorce filing in November 2020, came one month after Christina and Ant “made the difficult decision to separate,” indicating that their near two-year-long marriage was coming to an end.

She tied the knot with Ant in a secret ceremony in December 2018, however her children have always remained her top priority. When announcing the split from her second husband, Christina said that they were “grateful for each other, and as always, our children will remain our priority.” Christina also shares two children with ex  husband, Tarek El Moussa: 5-year-old Brayden, and 9-year-old Taylor. Christina also revealed some of her emotional struggles when she first announced her split from Ant, including working on “breaking the pattern” of anxiety. 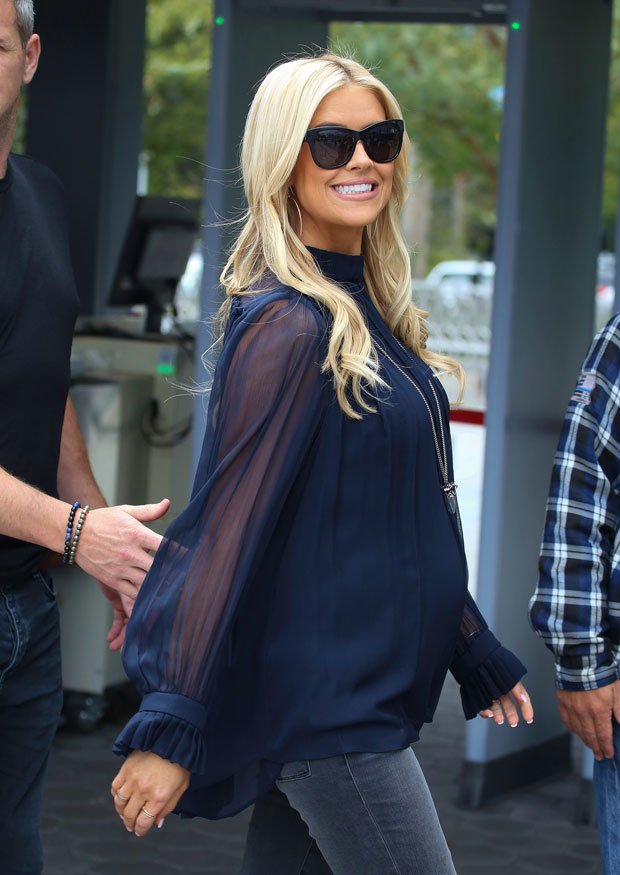 “Now, while I never wanted to be on tv, stepping out of my comfort zone and into the unknown has always been my thing,” she wrote in the lengthy IG caption. “I live in a state of anxiousness, and I’m so used to it that when it’s not there, I tend to feel a void and hop into something that causes the feeling I’m used to. This can be good and bad. And it’s one of the things I’m working on breaking the pattern of. Sometimes anxiety and pursuit of new dreams leads me down amazing paths, other times it leaves me feeling lost and in a state of fight or flight / or crying in my closet. Tv changed my life and I am grateful for the life it’s provided, the experiences, the friends I’ve made along the way. Sometimes our calling is bigger than our plans.”