Chris Evans kicked off the weekend by serenading his Instagram followers with a rendition of Prince’s Purple Rain on the piano. Watch the clip!

Is there anything Chris Evans can’t do? The Captain America actor, 40, took to his Instagram Story on October 9 to share a clip of himself playing the piano to the tune of Prince‘s 1984 hit “Purple Rain”. He captioned the video, “Purple Rain on a sunny day,” which showed him rocking a white tee, several bracelets and a blue baseball cap while playing the song.

Chris has actually been playing the piano since he was young. He told Men’s Journal in 2019 that he owns a Bösendorfer piano, and can also play guitar. If that wasn’t impressive enough, Chris can “fake it” on the drums, too. The Marvel alum’s latest performance comes amid his social media back and forth with another musician — Lizzo.

As fans would know, the pair have had some online banter which began when Lizzo made a TikTok revealing she had drunkenly slid into the actor’s direct messages on Instagram. She was embarrassed by her actions, but something positive came from her reveal. Chris replied, “God knows I’ve done worse on this app lol,” which was a reference to the time he accidentally shared a NSFW photo of himself on his Instagram Story last year. 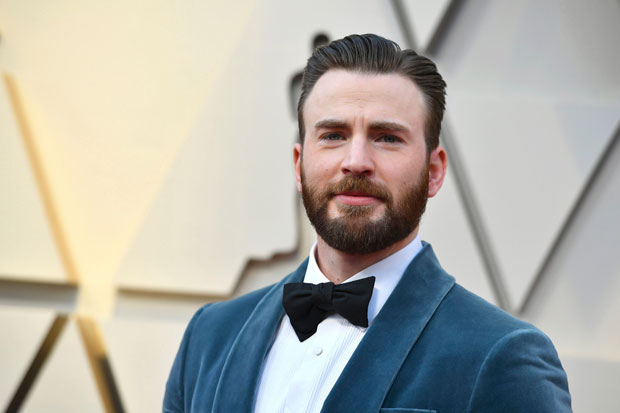 Lizzo has kept the joke going, most recently suggesting she and Chris star in The Bodyguard remake. She unofficially threw her hat in the ring to play Whitney Houston’s role in the film, posting a hilarious TikTok about it. No casting decisions have been made, but a few pairs have been suggested like Channing Tatum and Cardi B or Chris Hemsworth and Tessa Thompson.

Lizzo recently described her fantasy, involving him “naked in the green room” during an August interview with SiriusXM host Andy Cohen. Fans of the “Rumors” singer have also gotten in on the fun, with one Twitter using creating art to show what a baby between Chris and Lizzo would look like!