Chris Evans: A lot of adult dogs and older dogs get overlooked and that’s a shame 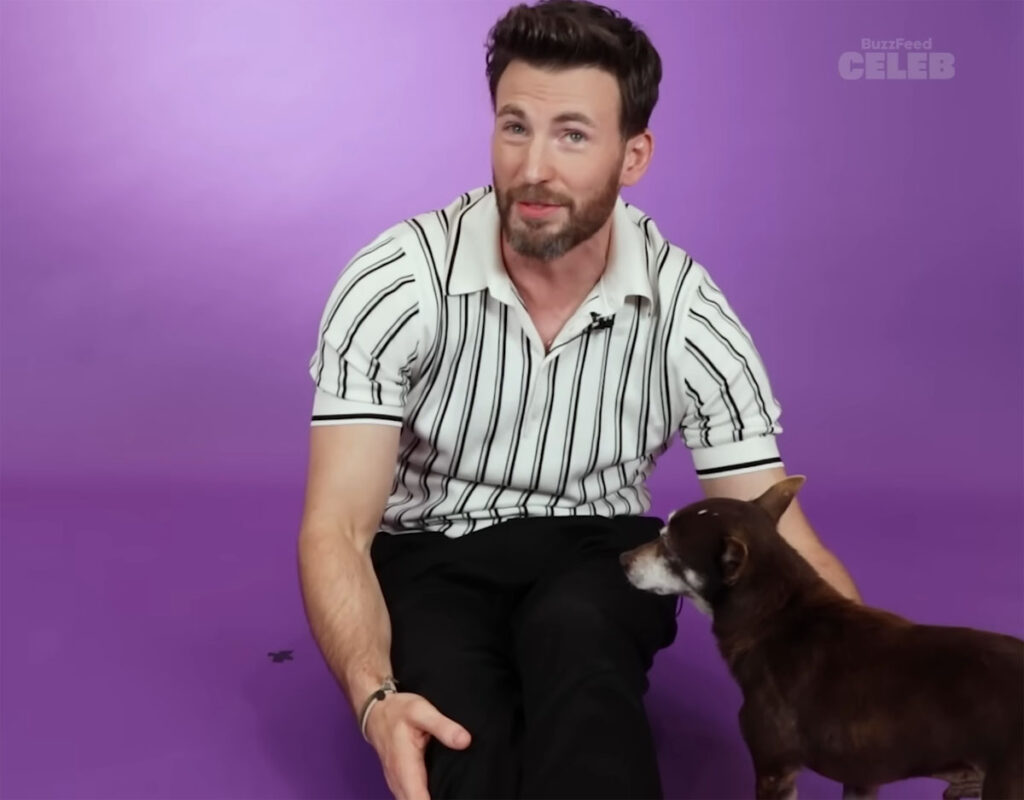 As I’m sure many of you have seen by now, Chris Evans puppy interview has finally been released. It was, as predicted, adorable. However, Chris was so overwhelmed by puppies, he barely answered any questions to quote. But since things are so glum right now, we deserve Chris Evans on the floor, babbling in puppy talk, rolling around with the little guys, all of whom he named Buster. The interview is posted below. Chris is in his ultimate happy place, which reduces most of his responses to a joyful, “Who cares?” But ¾ of the way in, the puppies vacated, and a pair of senior dogs are brought into the interview. This was something I had not seen in one of these Buzzfeed puppy interviews. Chris asked them to do that because senior dogs are so often overlooked when people adopt dogs.

On why he chose to adopt an older dog
My dog, Dodger, I rescued him and he was probably two years old at the time. I always thought when I adopted or rescued a dog it would be a puppy. Dodger was a full grown dog and it wasn’t the story I had in my mind but it ended up being the best decision of my life. A lot of adult dogs and older dogs get overlooked and that’s a shame. Let’s give them some love too.

No better feeling than earning a dog’s trust is there? An older dog’s love [is] so special, you’ve got to earn it. These guys have probably seen some things. As a result they’re a little wary, that’s why it takes time. I really respect that.

On which costar he’s learned the most from
Probably Downey. He’s seen a lot, been through a lot. He’s so talented. You’d be a fool to not listen.

How do we feel about Adam Driver playing Chris for a biopic? Chris is far too young to have this discussion, of course, but Adam? I’m having a hard time seeing it. And by the time Chris is old enough to have a biopic made of him, Adam will be too old to play him, too.

I’d like to reiterate that Chris asked for them to take all his Busters away and bring in some senior dogs to highlight them. I’m torn between being turned on and my heart melting. Chris is right, people usually veer towards younger dogs and older/senior dogs aren’t even considered. All dogs present their own challenges to raise. Puppies take as much patience and energy as a baby. Senior dogs are unwaveringly grateful, but many have health challenges and they aren’t with us as long. Those who adopt senior dogs have huge and strong hearts. Jane Lynch adopts and raises awareness for senior dogs, I really admire that about her. Luke Bryan and Kaley Cuoco both adopted senior dogs. Dodger was two when Chris adopted him. That’s not a senior, of course, but adult rescues also have challenges, especially with possible trauma behavior and/or triggers. If you watch the video (right, like any of us aren’t going to watch the video) when Chris talks about earning the dog’s trust, he’s referring to one of the dogs that’s hesitant around Chris. Eventually the dog ends up in his arms, it’s a really sweet moment. I remember when we adopted my girl dog. She came with us but was scared. She trusted our male dog more than she did us. I can still feel the moment she realized she was safe with me in my heart.

Since we’re talking about adopting dogs, I’d like to plug an adoption event this weekend that’s a joint event to educate pet owners on pet CBD. So if you are in LA this weekend, stop by Allbirds at the Westfield Century City and meet these adorable, adoptable pups. 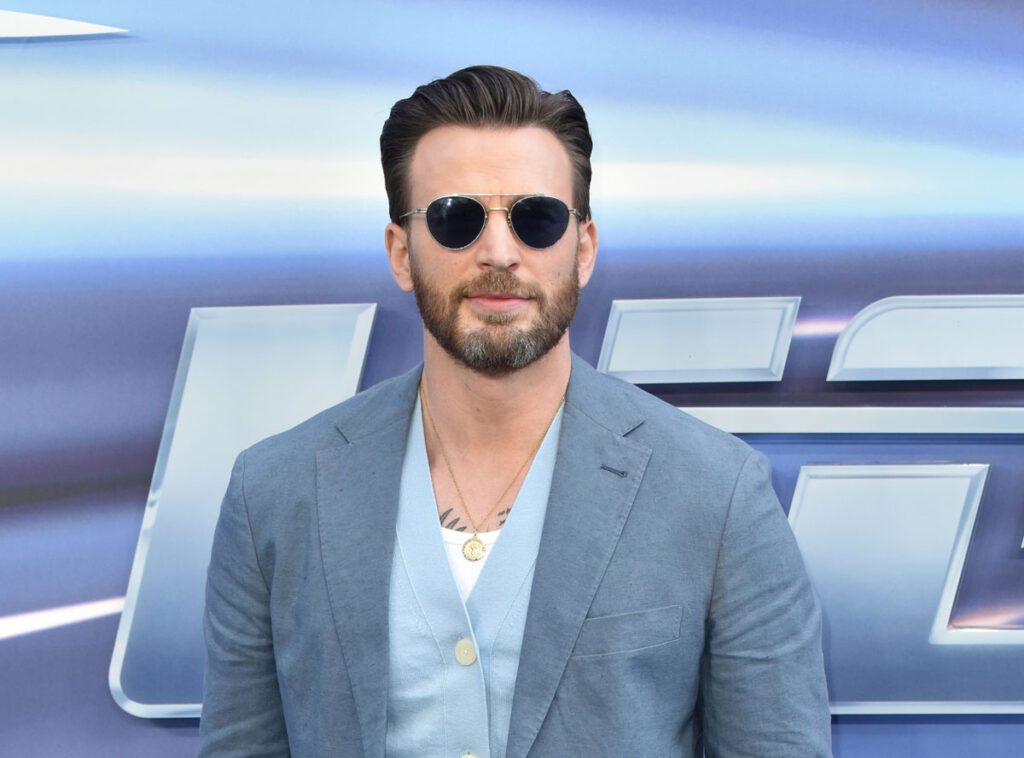