Cardi B‘s break is officially over, and she’s got Chicago’s finest — Kanye West and Lil Durk — for her first track since last year.

Cardi dropped “Hot S***” at midnight, and her fans are going nuts over the highly anticipated new music … which has her flexing about her over-the-top lifestyle.

For instance … “All this jewelry at the grocery store, I’m obnoxious / Bought a home and closin’ on another, I know I’m blessed.” She even says “I don’t know what’s colder, man, my heart or my necklace.”

Ye starts his verse off strong too, poking fun at his own unpredictability — “Pinky swear you ain’t scared when you heard Ye appear.” 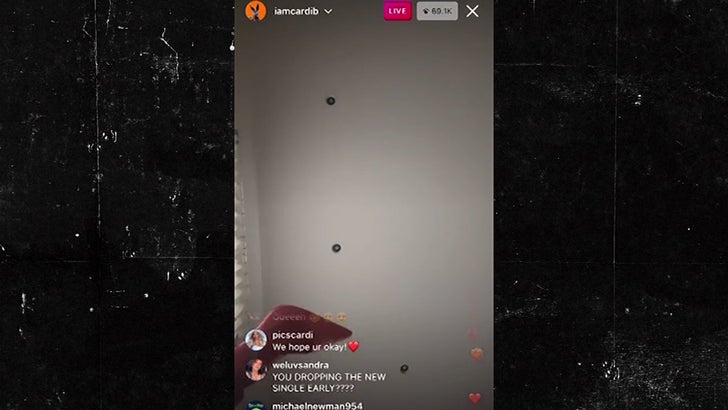 Cardi was pretty hesitant about dropping the single — she says she’s been holding it for about 3 years, making it older than 2020’s “WAP.”

It’s her first track since “Up” in 2021, and it’s holding over her fans until they get that long-awaited second album. Cardi told followers on Instagram Live “Hot S***” doesn’t have a music video, but she’s confident they’ll still dig it.

In other words … it’s a Cardi track.