Cardi B issued a public apology after backlash over her new photoshoot that pays homage to the Hindu Goddess, Durga. The rapper said it was her fans who informed her of the controversy. Read her full apology and explanation behind the photos.

Cardi B took to social media to apologize to anyone whose culture and religion she offended with her new Footwear News November cover. The Grammy-winner, 28, covers HollywoodLife‘s sister publication and pays homage to Durga, the Hindu goddess, whose symbols represent protection and strength. While the magazine stated (in a since deleted Instagram post) that Durga’s symbols “resonate as much in modern times as they have through the centuries,” and that “like Durga, Cardi B is a dominant female voice at a critical time,” the internet took issue with the rapper’s photo emulating the symbolic Goddess.

After her fans notified her of the backlash, Cardi took to her Instagram Stories to share a detailed apology in a series of clips. “A lot of my fans are telling I’m getting dragged throughout social media… because of my Reebok shoot and saying that I disrespected a Goddess,” she began, explaining that “when I did the Reebok shoot, the creative were telling me, ‘You’re going to represent a Goddess, that she represents strength, femininity and liberation, and that’s something that I love and that I’m all about,” she said. 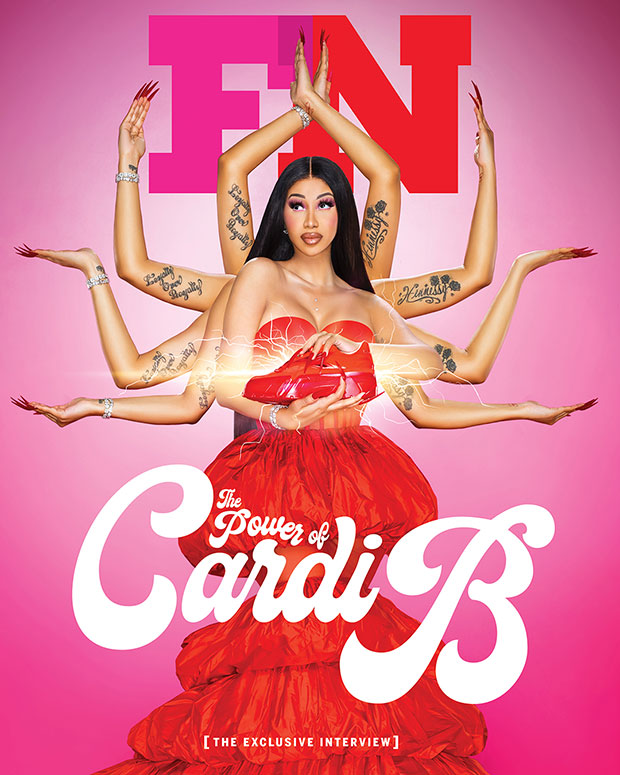 Cardi continued, “And though it was dope, if people think I’m offending their culture or their religion I want to say I’m sorry, that was not my intent. I do not like disrespecting nobody’s religion. I wouldn’t like people to offend my religion,” she said.

“When people dress as Virgin Mary and Jesus, as long as they do it in a beautiful, graceful way and a respectful way, I don’t feel a certain type of way But I wasn’t trying to be disrespectful, maybe I should have done my research,” Cardi admitted, adding, “I’m sorry, I can’t change the past but I going to do more research for the future.”

The “WAP” rapper did the photoshoot in promotion of her new Reebok shoe collection, dubbed “Club C,” in collaboration with the fashion brand. The shoe is available for sale on November 13.