He has her back. Bryan Abasolo fired back at nasty messages aimed at his wife, Rachel Lindsay, following her bombshell Bachelor Nation op-ed and the aftermath of her drama with Chris Harrison.

“I feel like if you give them energy, you’re bringing something to life that should have never been alive,” the Miami native, 41, said about social media trolls during the Monday, June 28, episode of his “Talking It Out” podcast. “People write the most disgusting, vile stuff to her and she’ll actually respond, not disrespectfully or anything like that, but … she’s a lawyer, so she’ll hit her back with the facts, like, ‘How was I doing this? How was I doing that?’”

Abasolo is proud to see the season 13 Bachelorette, 36, handle herself against the negative comments. However, her bold responses lead to unexpected reactions from the trolls themselves. 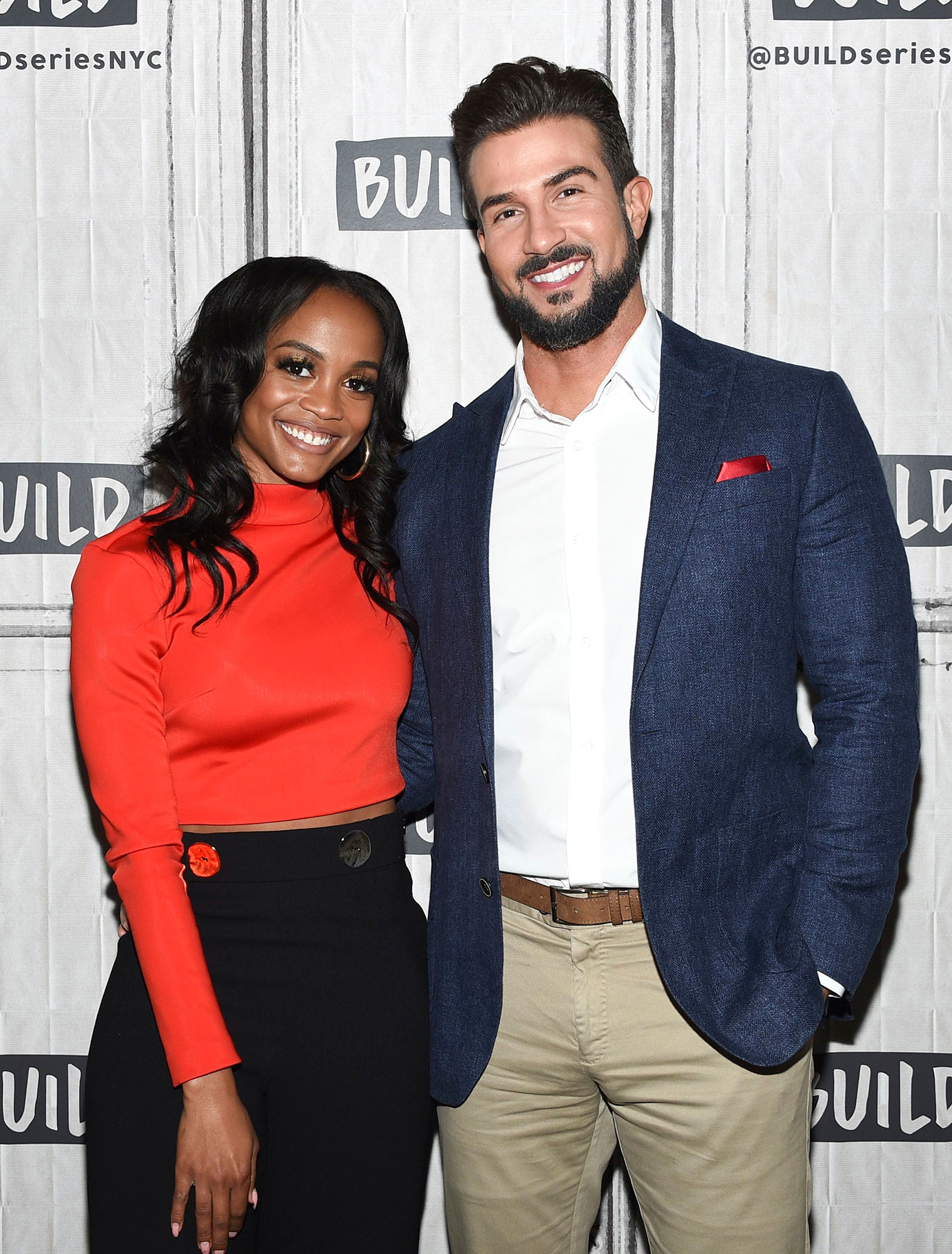 The former reality star’s comments come one week after Lindsay penned a powerful op-ed about her experience as the first Black Bachelorette. In the lengthy New York Magazine piece, the attorney outlined her ups and downs as both a contestant and a lead within the Bachelor Nation franchise, claiming that she felt “exhausted from defending myself against a toxic fandom.”

In the years since she first appeared on Nick Viall‘s Bachelor season in 2017, Lindsay saw the ABC dating series’ audience “turn against” her as her position within the franchise grew more prominent. The reaction was perhaps most noticeable earlier this year after her controversial Extra interview with Harrison, 49, who defended season 25 contestant Rachael Kirkconnell amid backlash for her racially insensitive social media activity.

Though both the graphic designer, 24, and the Perfect Letter author apologized multiple times for their mistakes, Lindsay received the brunt of the negative comments from fans. In February, she briefly disabled her Instagram account after experiencing harassment online — and Kirkconnell came to her defense.

“If you are choosing to rather spread hate, to send cruel, vicious messages, to be mad about people being hurt by racism … do better. Be better,” the Georgia native wrote via Instagram at the time. “Rachel Lindsay and other BIPOC have called for myself and others to be held accountable. This is needed, and she does not deserve the hate she is receiving. … If you are someone that has been cruel, find what fuels this hate in your heart, and fix it.”

Bachelor producers also disavowed the hatred geared toward Lindsay before Harrison announced his temporary step away from the remainder of Matt James‘ season. In June, his departure from the franchise was made permanent, with Variety estimating that he received a multimillion-dollar payout.

Though they’ve faced challenges since their love story played out on The Bachelorette, Abasolo and Lindsay are still going strong.

“Rachel just had like an x-factor,” he gushed on Monday. “She was a triple threat — brains, beauty, personality, great sense of humor. She was a professional. She had a career. Everything on paper was top notch. … She keeps me on my toes [and] she challenges me to be a better man.”