Britney Spears posted a heartfelt open letter to Jamie Lynn after calling her younger sister a ‘scum’ person, saying it’s ‘tacky’ for a ‘family to fight in public.’

Britney Spears, 40, loves her sister Jamie Lynn Spears, 30, “unconditionally” — despite the current drama between the pair. The In The Zone singer took to Twitter to post a lengthy open letter to her youngest sibling after drama pertaining to Jamie Lynn’s book Things I Should Have Said and subsequent GMA interview. “I said some harsh things because you obviously hurt me by the things you are making up about me!!!” Britney wrote in the screen shotted iPhone note posted to Twitter on Saturday, Jan. 15. The letter was in clear reference to Brit’s earlier post, in which she called Jamie Lynn a “scum” person.

“When I said only a scum person would make up things like that about someone, I could have sworn I said ‘but you’re not’ … but it doesn’t make sense at all to me what you are saying,” Britney explained. “I know you worked hard for the life you have and you have done amazing!!!! But I think we would both have to agree to the fact that the family has never been remotely as hard on you as they have been on me!!!” she penned, referencing Jamie Lynn’s teen acting career on Zoey 101 and successful song writing accolades. 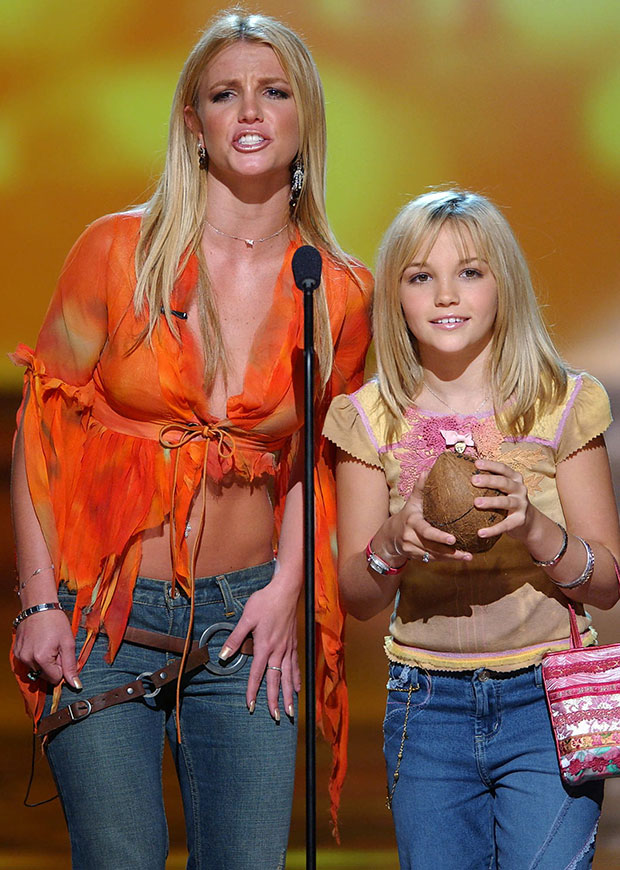 Britney went on to discuss her difficult 13 year long conservatorship, which placed her under the control of their father Jamie Spears, 69. As conservator of her estate, Jamie oversaw Britney’s business affairs, career and music catalogue, amongst other things. When the arrangement went into place in 2008, Jamie Lynn was then 17-years-old and pregnant with daughter Maddie, now 13 — and said on GMA she was simply focused on becoming a mother at the time. She also stated she “took no steps” to become a part of the conservatorship as she got older.

Britney Spears Over The Years: Photos Of Her Transformation

Her older sister, however, seemed to disagree with that statement. “What Dad did to me, they don’t even do that to criminals … so for you to sit back and act completely aloof to what has happened to me is honestly insane to me!!!” Britney said in her lengthy Jan. 15 post. “You guys treated me like nothing and that’s not even half of it !!! I’m honestly shocked Dad isn’t in jail !!! Come on !!! We are supposed to have each other’s back … but what you’re saying just truly confuses me!!!” she added.

Britney then made it clear that no matter the drama, she “loves” Jamie Lynn no matter what. “All I know is I love you unconditionally !!! So go ahead and say whatever you want … it’s so tacky for a family to fight publicly like this !!!” she wrote. “You say you love me … yet your loyalty is still with the people that hurt me most….I know your real heart.” Jamie Lynn has yet to respond to the latest post.

During the interview, Jamie Lynn made it clear she’s on Britney’s side. “I’ve always been my sister’s biggest supporter,” she said to ABC. “When she needed help, I set up ways to do so. Went out of my way to make sure she had the contacts she needed to possibly go ahead and end this conservatorship and end this all for our family — if it’s gonna cause this much discord, why continue it?”

“I love my sister,” she also said on camera through tears. “I’ve only ever loved and supported her and done what’s right by her, and she knows that, so I don’t know why we’re in this position right now.”