New documents filed by the ‘Toxic’ singer claim that her father had taken millions of dollars from her over the course of the 13-year conservatorship.

Britney Spears’ legal battles after getting out of her conservatorship are still continuing. The 40-year-old popstar lawyer filed new documents, obtained by HollywoodLife, before a hearing on Wednesday January 19, claiming that Britney’s dad Jamie Spears and his legal team took millions of dollars from the singer throughout her conservatorship. The singer’s lawyer Mathew Rosengart laid out all of the money that Jamie and legal teams allegedly took from the singer over the course of the 13 year conservatorship.

The new documents claim that over $36 million were taken from Britney while she was under the conservatorship. The filing claims that Jamie took over $6.3 million for himself, and the other $30 million went to lawyers and legal fees. The most recent payment to the singer’s dad was a 2020 payment of almost $200,000. 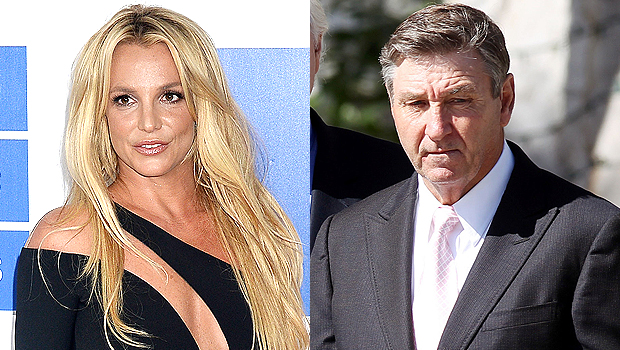 The latest filing comes in the most recent attempts from Jamie to have his daughter pay his legal fees. “Mr. Spears, an ignominiously-suspended conservator — of a conservatorship that has been terminated — now seeks to siphon even more money from his daughter,” the documents say, per Variety. The documents suggest that Jamie cuts his costs down if he can’t afford his current legal team. “Mr. Spears should be required to pay his legal fees… if he has already dissipated those funds, he should consider hiring other, less expensive counsel whom he can afford,” the documents state.

Later in the documents, Britney’s attorney slammed Jamie’s attempts to have his daughter pay for his legal fees.  “Mr. Spears’s Petition is shameless, and we respectfully submit that granting it would be tantamount to funding a war chest for his new counsel and encouraging them to bill liberally for ‘getting up to speed’ on the record of many years of abuse and inviting waste, excess, and mischief,” the filing states.

Before Britney’s conservatorship was terminated in November 2021, Jamie had been suspended as the “Piece of Me” singer’s conservator in September. He had agreed to step down from the conservatorship before the judge’s ruling in court documents filed in August.

Her dad isn’t the only Spears that Britney is feuding with. The singer has also had a very public battle with her younger sister Jamie Lynn, as the actress released her memoir Things I Should Have Said. The popstar asked her attorney to send a cease-and-desist letter to her younger sister to ask her to not bring up Britney on her upcoming book tour. “Although Britney has not read and does not intend to read your book, she and millions of her fans were shocked to see how you have exploited her for monetary gain. She will not tolerate it, nor should she,” the letter states. “We, therefore, demand that you cease and desist from referencing Britney derogatorily during your promotional campaign. If you fail to do so or defame her, Britney will be forced to consider and take all appropriate legal action.”