Brian May on convincing the Queen to join Queen: ‘So cool!’

Buckingham Palace confirmed on Thursday evening that Queen Elizabeth II died, barely three months after the Platinum Jubilee celebrations celebrating Her Majesty’s 70 year reign. The Paddington Bear video went viral, where Queen Elizabeth and the bear clinked their teacups to the beat of We Will Rock You.

Brian May revealed that this was largely his doing, as Queen and Adam Lambert opened the concert on the Queen Victoria memorial in early June.

The fictional bear, an iconic character in the UK, ended the video by saying: “Happy Jubilee ma’am, and thank you for everything.”

The two then clinked their teacups to the starting beats of Queen’s song We Will Rock You as the band, with Adam Lambert, took to the stage to start the Jubilee concert.

At a Q&A for Queen and Adam Lambert’s Rhapsody Over London Live Concert Film, 75-year-old May revealed this had been his idea.

The Guitarist shared: “I asked for that. I said, ‘Would The Queen tap it?’ and they wouldn’t give us an answer. And we didn’t know until the day before. They said, ‘Oh we might get somebody royal to do it for you’.” 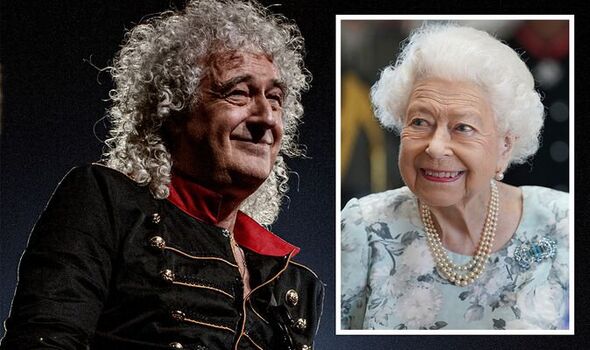 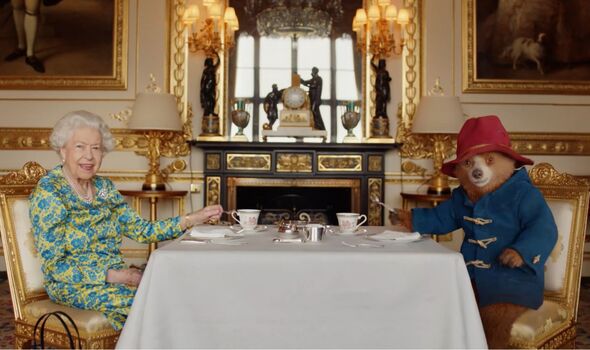 As the band were on stage while the video aired for the very first time, they didn’t realise May’s idea had come to fruition until much later.

Adam Lambert confessed: “You guys knew before me! I didn’t know until after the show!

“I heard something back there, I thought, ‘I hear somebody talking’ because they were playing the videotape.

“And then after the show, I went on YouTube and saw it and went ‘Beautiful!’ I loved it, so cool!”

Queen’s drummer Roger Taylor appeared to be as delighted by the spectacle as the audience. 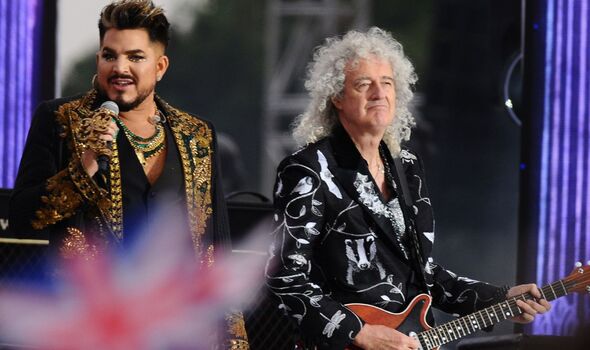 He shared in the Q&A: “Of course, it was wonderful because our bit was preceded by The Queen herself talking to Paddington Bear and then doing the little We Will Rock You (clink clink) on her teacup. It was fantastic!”

The video was a complete surprise for the public, and even some of her own family members.

The Telegraph reported that the monarch simply wanted to show the public just how much the celebrations around her Jubilee meant to her.

In a personal message to the nation after the Jubilee, Her Majesty expressed her gratitude once again, penning: “While I may not have attended every event in person, my heart has been with you all; and I remain committed to serving you to the best of my ability, supported by my family,”

“I have been inspired by the kindness, joy and kinship that has been so evident in recent days, and I hope this renewed sense of togetherness will be felt for many years to come.

“I thank you most sincerely for your good wishes and for the part you have all played in these happy celebrations.”

The run-up to the Jubilee concert was rather intense for the Queen band members, as May explained it was on their one day off while touring.

He said: “It was very tough because all the tour was laid out before the Jubilee request came along. 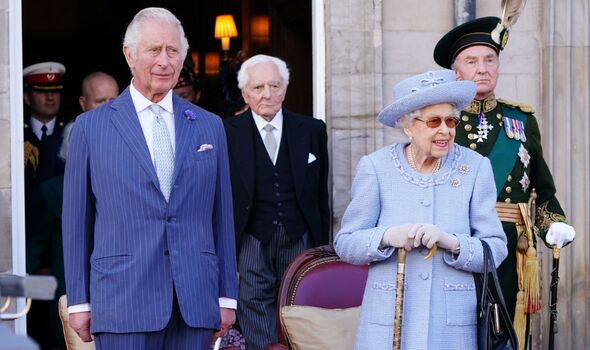 “It was insane! It kind of hurt, but the experience was great, yeah! Months of preparation just for those few minutes.”

Following the news of the Queen’s death on September 8, the official Paddington Bear Twitter account reiterated the bear’s last words to Queen Elizabeth.