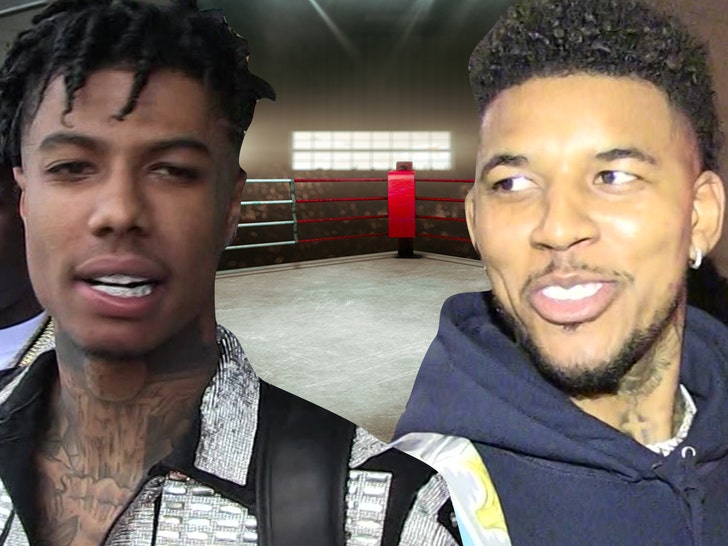 The upcoming celebrity boxing match between Blueface and former NBA star Nick Young isn’t too chummy, and won’t be very long — the “Thotiana” rapper is vowing to put Nick to sleep early!

Make no mistake about it, Blueface has already won the July 30 bout in his mind, because he tells TMZ Hip Hop … “The Famous Cryp is about to be even more famous … Nick’s going down in the 3rd!”

Earlier this week, TMZ Sports hashed out the details: the proud L.A. natives will both have home ring advantage inside Crypto.com Arena where they will be on the undercard for the Social Gloves event where YouTubers Austin McBroom and AnEsonGib are the main event.

Speaking of YouTubers, Blueface has a history of sizing up social media stars for a fight.

Remember, he bashed TikToker Kane Trujillo‘s face in (as well as a random ring-crasher) during a July 2021 bare-knuckle fight.

Ex-NFL star, and part-time rapper, Le’Veon Bell is also on the card for July 30, but he’s still waiting for a challenger.

As for the fight for L.A.’s unofficial celeb belt (which isn’t a thing, yet) … the physical stats are in Swaggy’s favor, but Blueface has him beat in-ring experience.

If nothing else fails, Drake should have a field day placing wagers!