Are High School Seniors Prepared To Take On Student Loans? Experts Weigh In

Before graduating high school, students go through a grueling process of taking standardized tests, filling out applications, and deciding which institution is the right fit for them. However, there’s one step after applying and getting into one’s dream university — and that’s paying for it. Colleges and universities come at a steep price, and many students are forced to take on student loans that could cost thousands of dollars. Understanding the complexities behind these loans can be tricky, especially for young adults. So, are high schoolers prepared to take on student loans? According to these experts, it’s very likely 17-year-olds don’t quite understand student debt in the real world.

Student debt is a hefty problem, both for borrowers and the country as a whole. According to numbers from the U.S. Federal Reserve, nationally, nearly 45 million student loan borrowers collectively owe over $1.5 trillion in student debt. Meanwhile, as of 2017, the average student had nearly $20,000 in student loans after graduating, per the Institute for College Access and Success. Not only are student loans pricey, but a college education also comes with a hefty price tag. According to College Data, an in-state college education cost around $25,000 for the 2017-2018 school year, while a private college cost nearly $51,000. Seeing as the national median household income was $61,372 in 2017, per the U.S. Census Bureau, that’s a heavy burden for the average family — meaning that many students are forced to take on debt to get their degree. According to a 2017 article from CNBC, about 70% of students graduate college with debt.

So, you would think that the question of how to pay is a major consideration in how students and their families approach college. Right? Well, not always.

"My experience working with teenagers and young adults is that they are not fully aware of the scope of the debt they might be encountering by going to a college [or] university," says psychologist and teen expert Dr. Scyatta Wallace, an associate professor of psychology at St. John’s College. She tells Elite Daily that students’ main concerns in the college application process tend to be about getting admitted. "The conversation about cost, who’s paying, and how to repay are often left until students are completing financial aid forms and under the pressure with those deadlines," she says. "At that point, they don’t have much time to think about the effects of debt, which are very hard for a teenager to grasp anyway." 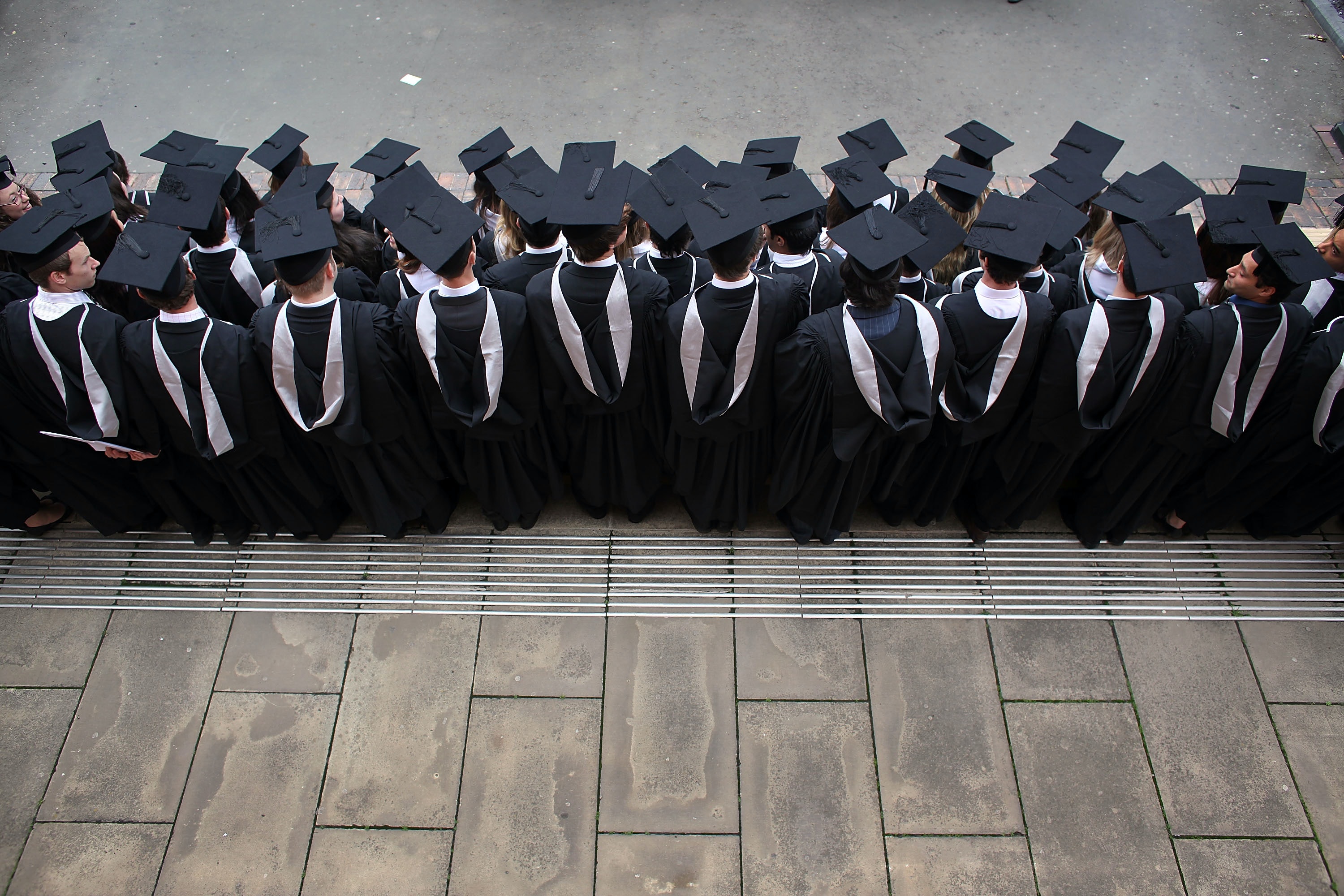 There could also be another, more neurological reason affecting high school seniors’ long-term decision-making — namely, how their brain development deals with risk and long-term thinking. According to an April 2013 report from U.S. National Library of Medicine National Institutes of Health, the adolescent brain is not fully developed for males until 25, and not for females until around 22. Furthermore, the prefrontal cortex, which controls decision-making, is the last part of the brain to develop.

A June 2005 brain development study from the National Campaign To Prevent Teen Pregnancy also found that adolescents tend to underestimate situations where decision-making is key, leading to increased risky and impulsive behavior. In short, adolescents are less likely to seriously consider cause and effect proceedings while making decisions. While teens are capable of making sound decisions, brain development impacts how thoroughly decisions will be thought out, including considerations of long-term consequences — which could have a major effect on making decisions about things like debt, on which students will feel the effects years later.

According to clinical psychologist Dr. Nancy Irwin, who specializes in hypnotherapy and cognitive-behavioral therapy, these factors could definitely influence students’ ability to really think through the consequences of taking on debt.

"At that age, [kids] are really incapable of making the best choices in many areas," Irwin tells Elite Daily. "They don’t have a clue for all the responsibilities, and they have no sense of time and numbers or money at that age."

What’s more, teens aren’t good at understanding abstract concepts — including debt. The adolescent years are when kids and teens begin to move from concrete to abstract thinking, meaning a better understanding of cause and effect. "There are some aspects of thinking [teens] are not very good at," notes Wallace. "That includes future planning and wrapping their minds around abstract concepts like debt."

Dr. Susan Chanderbhan, lead therapy and counseling services psychologist of Chanderbhan Psychological Services, which specializes in counseling teens, families, and couples in depression, anxiety, and stress, echoes this. According to Chanderbhan, whether high school seniors are mentally capable of making such complicated and serious decisions is unclear.

"If you look at the financial decision-making to assume all these loans, do you really have that at 17?" Chanderbhan asks rhetorically in an interview with Elite Daily. "It’s questionable whether they understand what they’re taking on."

Of course, students aren’t a monolith — and some do have tools in their arsenal that might help them when figuring out what loans and finances are all about, like high school seniors who are employed or have been employed in the past. Maureen Price Tillman, LCSW, an adolescent and adult psychotherapist and founder of College with Confidence, believes students who have been employed develop better work ethic, which could help making tackling student loans easier in the future.

"It’s so invaluable, all the different aspects of having a job, being responsible, and having authority," Tillman tells Elite Daily. "How you start managing your money is really important." 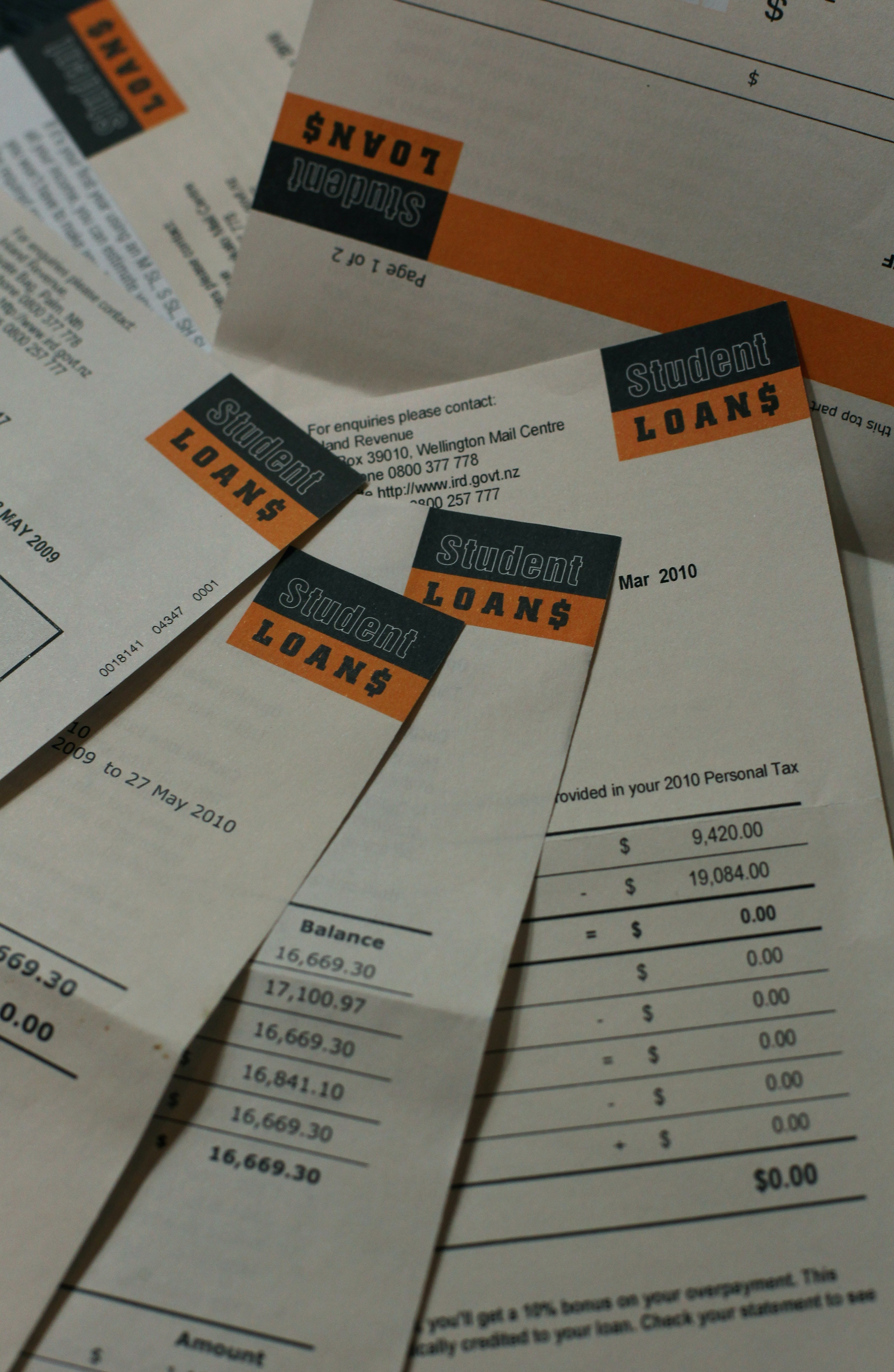 As of 2018, youth-focused research center Child Trends found that 20% of high school students were employed in either full-time or part-time positions, while overall, 50% of those aged 18-24 were employed. An April 2015 study from the Urban Institute also found that between 2008 and 2012, the number of teens dropping out of school to work had increased, with 54% of students 16 to 18 years old leaving school before their senior year. Some 11% of those workers who were not attending school contributed 50% or more of their household’s income.

By working, high school students could have a better knowledge of money and knowing how to save. However, when it comes to more complicated matters like the complex interest rates that go with loans, students might still be lost. "Whether you have a part-time job or not, you’re not going to understand things like interest rates or compound interests," Chanderbhan says.

Families’ financial literacy can be a factor, too. In June 2018, Forbes cited a study from the FINRA Foundation, which sponsors education programs to help with financial goals, that stated nearly two-thirds of Americans couldn’t pass a basic financial literacy test.

"Family income and upbringing are so important in preparing students for taking on college debt," Wallace says. She also points out that factors like average family income, differences between debt and credit, and accumulating wealth over time are often mysterious to young adults. "Having a family that incorporates conversations and education about money, investing, and growing financially is vital for youth from all income levels," Wallace says.

A lack of financial literacy can also mean students may not be aware of aid opportunities, or how to parse them. "There [are] a lot of students of color who are eligible for merit-based aid, but they hear it’s a lot of debt, so they don’t try, and their parents don’t have the knowledge to help them with that," Chandabhan says. In May 2018, CNBC reported that 39% of students with loans have stated they would consider dropping out of school in order not to accumulate more debt. 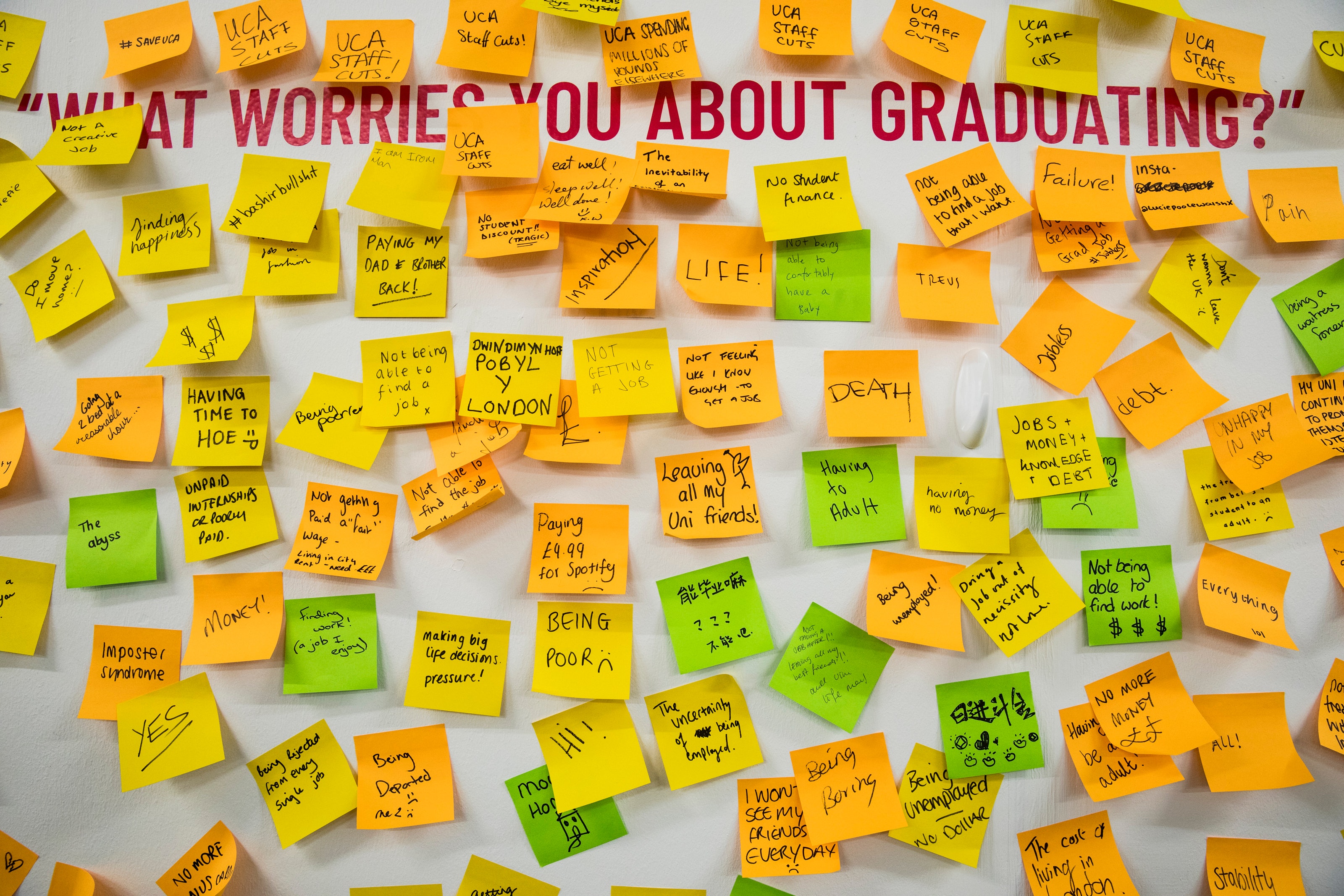 According to the Federal Student Aid’s Standard Repayment Plan, borrowers are expected to pay off their loans within 10 years, but that’s hardly a reality. In July 2017, CNBC reported that it could take more than 20 years for borrowers to pay off student loan debt, forcing individuals to balance a career while paying off their student loans. According to research, the pressure to pay off these loans can seriously impact an individual’s mental health. In October 2018, the Education Insurance Corporation (EIC) revealed that 50% of people have developed anxiety and depression while facing student debt, and 62% have become reclusive. Additionally, 35% of people have reported losing sleep due to student debt stress and even 20% have considered bodily harm. "The anxiety can be crippling," Irwin says.

While the idea of student debt may be frightening for some high school students, there are ways to prepare for the reality before signing any documents.

The experts agree that students, and their parents, should be realistic about what they can afford — and sit down and figure out what that really is. "They shouldn’t wish and hope the payment plans being offered to them can be achieved unless they know they can do it," says Wallace.

"Parents in general really need to step up around junior year and really start crunching numbers of how student debt will impact their lives," Tillman agrees. 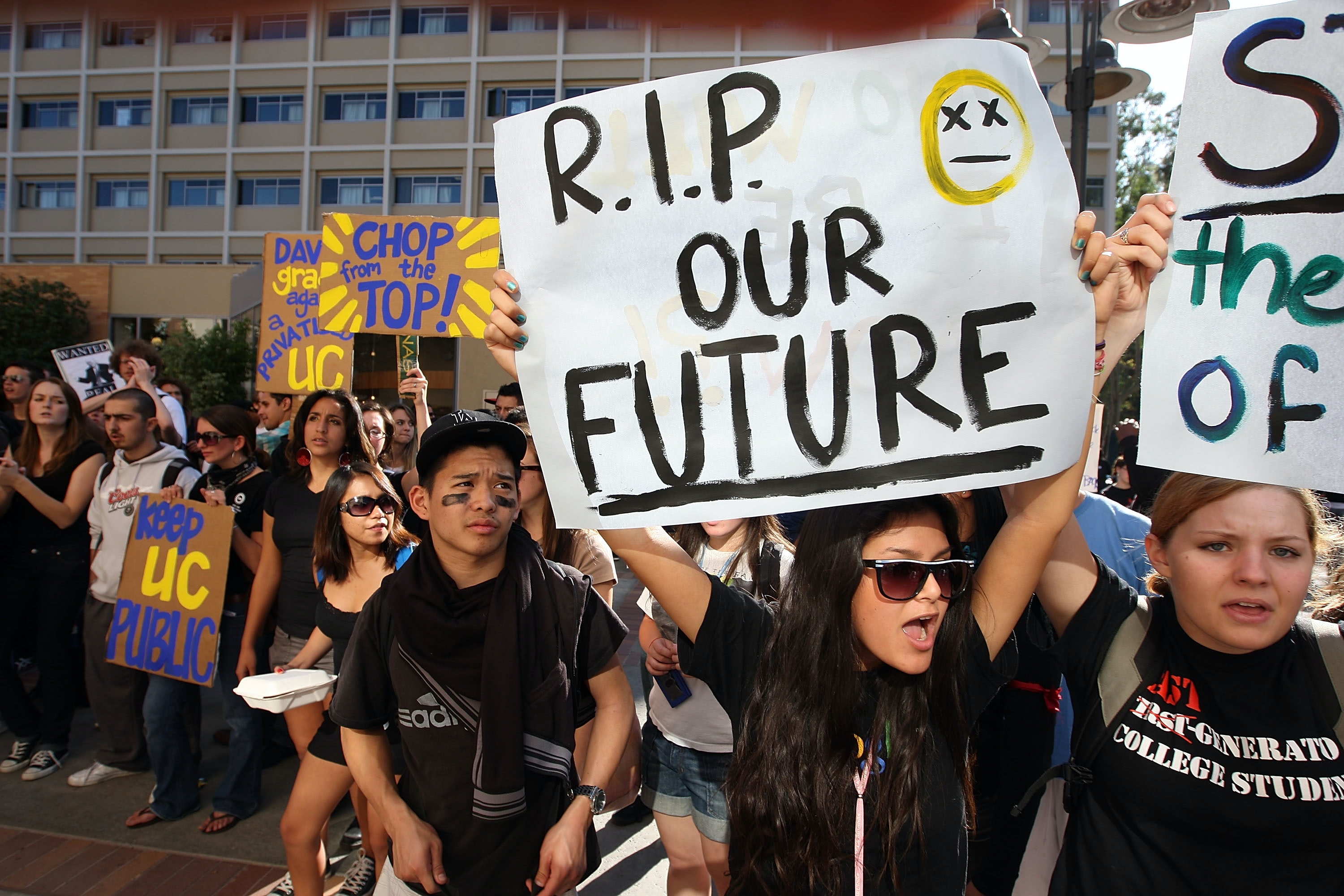 While the process may be difficult, there are a number of resources that families and students can use to better understand student loans. These include the U.S. Department of Education’s Federal Student Aid page, the National Endowment for Financial Education, and financial and business education company YoungBiz USA’s online programs.

Whether you have loans, are looking to take them out, or are making your own way without any loans at all, now is the time to start planning. It’s never too early to start thinking about the future.