Angela Bassett: I havent worked out in over a week & I can outeat any workout 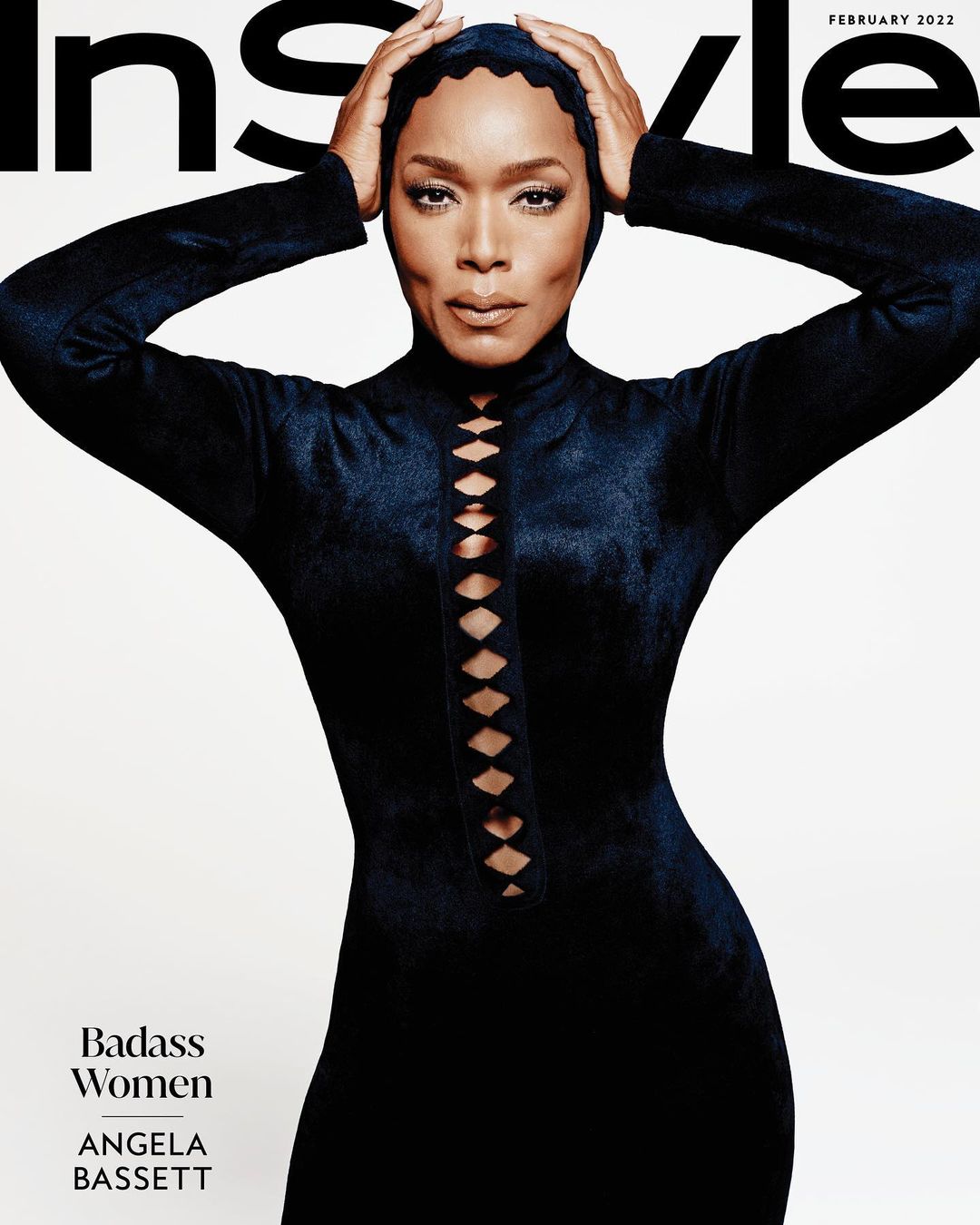 Angela Bassett, 63, has a new cover interview with InStyle. It’s hard to do it justice because she gives so many incredible quotes. I heard it in her voice, which gave it another layer. Angela is the best part of 9-1-1, now on hiatus in its fifth season on Fox and returning sometime this spring. (The last episode aired in early December but we have 9-1-1: Lone Star to tide us over in the mean time.) We heard last year that she was being paid $450k an episode, making her the highest paid woman of color on television. Angela talked about this with InStyle, saying that she was never in it for the money or fame but that she knows her worth. I related most to her comments about fitness and aging. Here are some excerpts from that interview, which I recommend reading in full:

On feeling insecure as a young person
You wonder if you’re good enough or if you can handle the place. I would literally stand in front of my mirror and give myself a good talking-to. I’d say, “How long do you want to be overwhelmed? Will 10 minutes serve? Fifteen?” And I would answer, “Yes, all right. Well, have your pity party, but then after that, wash your face, comb your hair, and go do what you need to do.” And I guess that was my way of therapizing myself in that moment.

She was asked to share her workout routine
I’m feeling quite guilty because I haven’t worked out in a week and a half and I can outeat any workout. As a dear friend and I are fond of saying, “The horses are out of the barn, running in the field,” and I’ve got to get the horses back in the barn, where it’s tight. I always feel stronger when I work out, but it’s mind over matter. It’s something that I need to do for my head, not just for looking good. It’s very helpful for my stress level.

On “How Stella Got Her Groove Back” and aging
I can’t tell you how many times ladies have come up to me and said, “I got my groove back.” They’re embracing their sensuality and youth. In Hollywood, there was a time when people believed that once an actress turns 40, it’s over. But no, those things that make us who we are — our sensuality, sexuality, compassion, and intelligence — that doesn’t come to an end. It deepens and ripens, you know? It’s all in the attitude.

On her raise for 9-1-1
Everyone wants to keep the lights on, but I’ve never been motivated solely by money or fame. For me, it’s always and only been for the joy of following my dreams. That’s what makes me feel alive. Now, it’s good to be paid. That is one thing that I’ve said to myself since early on in my career. I mean, I literally would say, “I want to work in roles that can change me and change the conversation. I want to work consistently. And I want to be paid fairly.” It’s about knowing your worth and standing on it. Being in positions and places where your worth is appreciated is a good thing. I’m glad that it can influence others. There is a bit of me that’s from a generation where we don’t talk openly about things like that. But I understand what generation this is today.

She also talks about the women in her family who influenced her growing up and the women she tries to support in her industry, like costars Aisha Hinds and Marsha Warfield. Plus she gushed about what a professional Whitney Houston was when she worked with her on Waiting to Exhale in 1995. There’s even more in there about her favorite roles and scenes. She said that playing Tina Turner in What’s Love Got to Do with It was the most difficult but she gave it her all. As far as her fitness and being able to outeat a workout, I related so much to that. If Angela Bassett can get off track, I guess I can’t beat myself up over doing the same.

The photos are also gorgeous but I wish they would have used one of these for the cover.