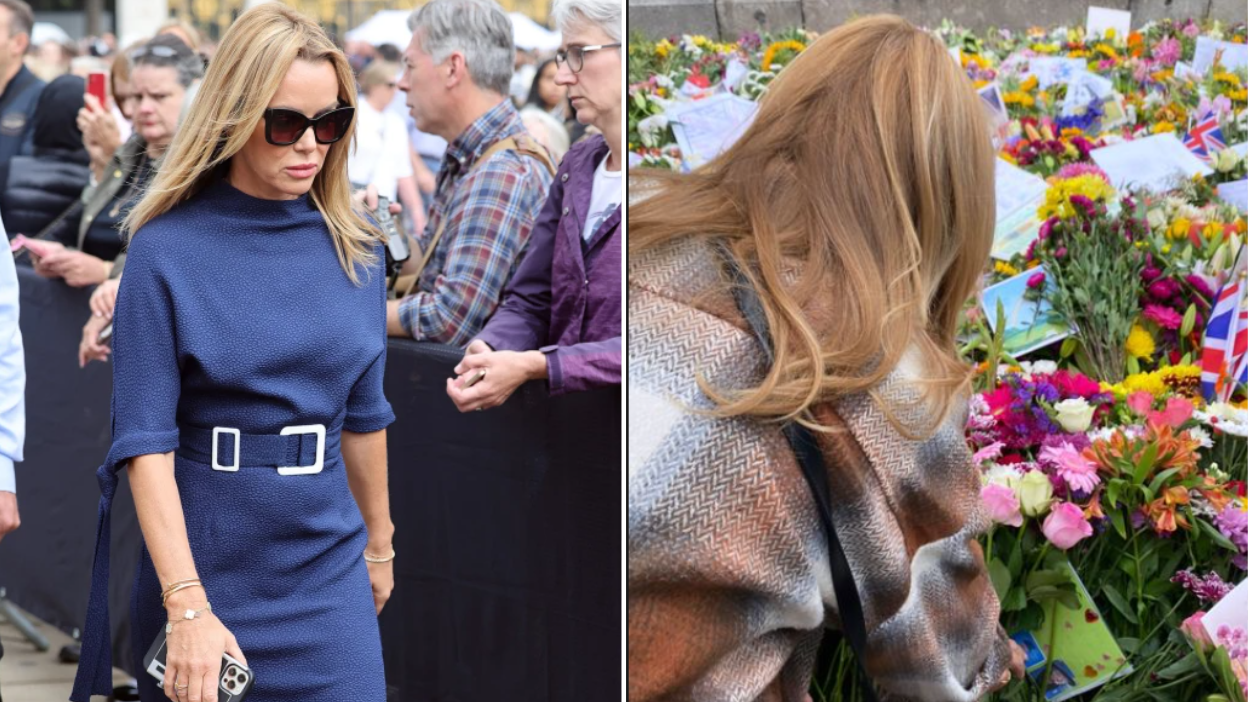 Amanda Holden joined those paying tribute to Queen Elizabeth II in Windsor the day before her funeral.

The late monarch – who died at Balmoral aged 96 on September 8 – is being laid to rest in her state funeral with dignitaries, world leaders, members of the Royal Family and celebrities in attendance at Westminster Abbey.

On Sunday (September 18), Amanda and her family stepped out at Windsor Castle to join mourners paying their respects to the Queen.

In a series of photos shared on her Instagram Story, the Britain’s Got Talent host was seen leaving flowers.

The 51-year-old star also posted a snap of herself with her family as they walked through the town.

Amanda had paid tribute to the Queen on her social media platforms when the news of her death first broke, hailing her ‘indomitable spirit’ and admitting she’s struggling to imagine a reality of life ‘without her’.

She wrote: ‘I think we all thought our Queen would live forever…
Her grace ,good humour and indomitable spirit.. embodied everything that made Great Britain , Great . I just can’t imagine our country without her .. My thoughts are with her family #godsavethequeen (sic)’

Meanwhile, last week the Heart radio presenter was at Westminster Hall in a professional capacity to meet people queueing to see the Queen’s coffin as she was lying in state.

She wrote: ‘My privilege to talk to some of you queuing and coming out of Westminster Hall this morning. The atmosphere and camaraderie was incredible .. friendships forged forever in shared grief.’

Head to Metro.co.uk’s Queen Elizabeth II tag page for the latest updates, and sign Metro.co.uk’s book of condolence to Her Majesty here.

And in a clip also shared on her Instagram page, she met people at the end of the queue and reflected on the ‘celebratory’ aspect.

She said: ‘I’m getting to see quite a lot of emotional people coming out. Everybody’s quite sombre, but the celebratory aspect of it is there’s been so many friendships made in that queue.’

The morning after the Queen’s death, Amanda was also seen at Buckingham Palace as crowds of people honoured and mourned the Queen her famous London residence.

The 51-year-old star wore an elegant royal blue dress as she stepped out after hosting the Heart Radio Breakfast show, which is broadcast from its studio nearby Buckingham Palace.