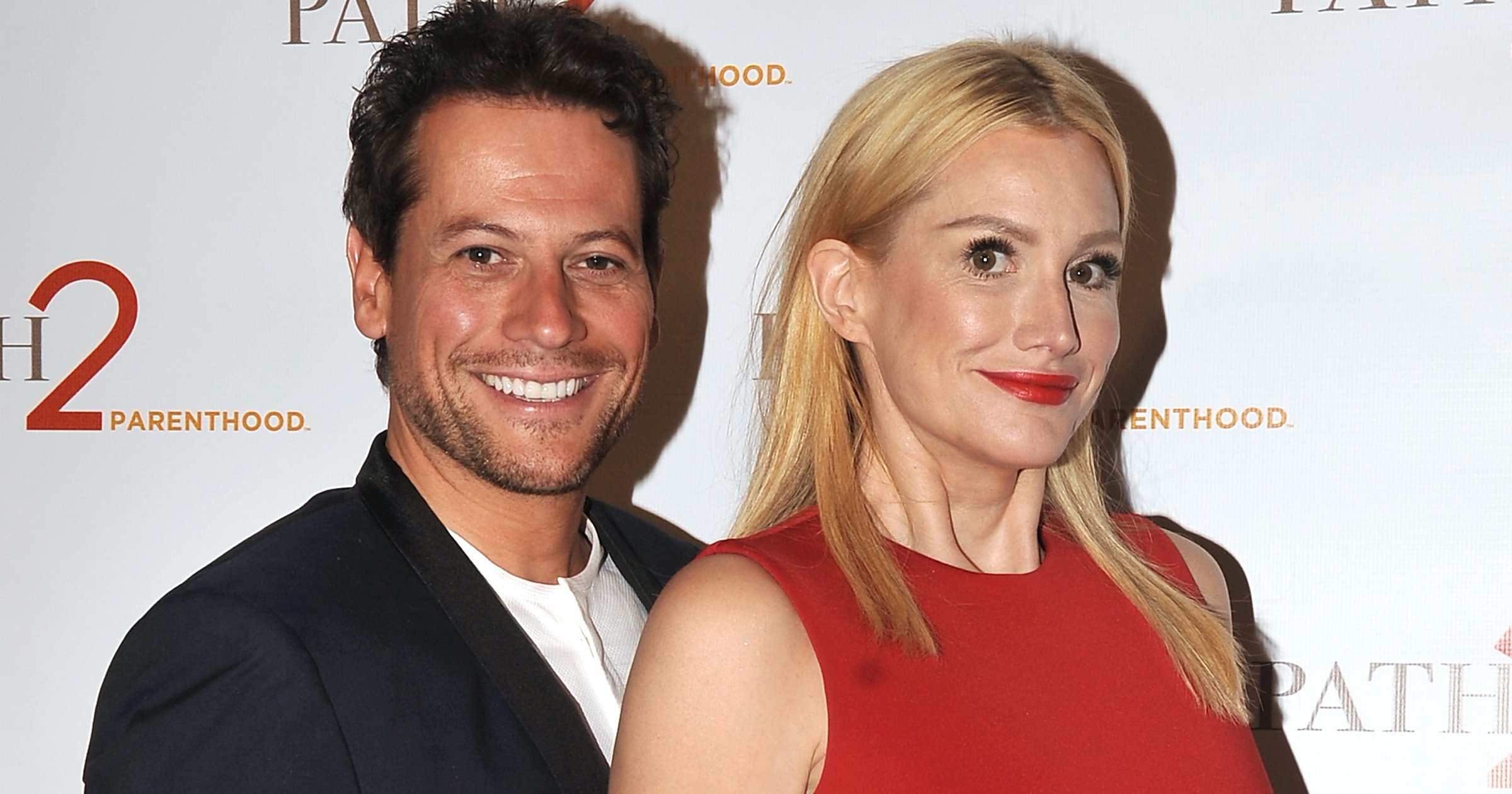 Alice Evans has opened up about why she decided to go public about her marriage problems with Ioan Gruffud on social media.

The actress, 50, penned a column for the Daily Mail in which she opened up about the issues she and Ioan, 48, had faced since the pandemic began.

Revealing that the pair have not spoken to one another in almost 11 months, Alice revealed that Twitter had become an ‘outlet’ for her to speak to other women in similar positions while the pair were going through their split.

She says she found it difficult being in lockdown in Los Angeles without any family and friends as she looked after their daughters, Ella, 12, and Elsie eight.

Alice first tweeted about Ioan leaving the family in August 2020, which he deleted and she later reposted, claiming: ‘His reaction was instant. (He read all my tweets, because he said he ‘needed to keep an eye on me’). He grabbed my computer and deleted my tweet.

‘He was raging at me. Screaming at the top of his voice. “How dare you?” His eyes were wide and white — it was terrifying.’

She claims he instructed lawyers the following day who urged her to stop ‘airing her laundry in public,’ adding: ‘It might seem odd, but the more I was pushed, prodded, told to get in line, the more the lawyers told me not to talk, the more I felt like doing it.

‘Talking to Twitter helped me get perspective. Women from all over the world would message me to say they’d had similar experiences. Without this outlet, I might truly have lost my mind.’

Alice revealed that Ioan had been filming Harrow in Australia as the pandemic began and she found it out of character that he was not worried that flights home would soon be shut down.

He also moved out of the family home in January with Alice claiming that she only found out he’d filed for divorce when she read about it on a gossip website a few weeks later.

She added: ‘People may accuse me of washing my dirty linen in public but the sad truth is that the internet has been my friend and salvation through these awful months.

‘But, it can be torture, too. And there was no greater torture for me than the day I saw him with his new girlfriend on his Instagram feed earlier this week.’

Ioan had posted the first photo of him with his new girlfriend Bianca Wallace on social media this week, crediting her for ‘making him smile again’.

Alice wrote: ‘Now I am heartbroken. I feel dead. He’s broken my heart twice. The first time when he told me he no longer loved me and the second time this week when I found out he had another woman. I have not heard a word from him since news of his relationship broke.’

She added that she was not looking to find another man herself but was ‘terrified’ of a future on her own.