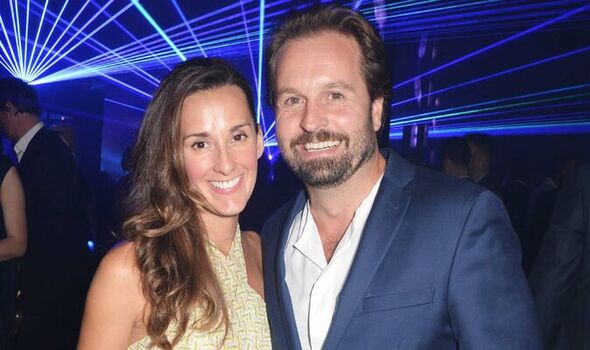 The Blackpool-born tenor has revealed he took an overdose after separating from his wife two years ago.

Emotional Alfie makes the startling revelations next week on BBC reality show Freeze The Fear, in which celebrities take part in a series of endurance challenges with “Iceman” Wim Hof.

The Dutch guru’s techniques include ice swimming and using breathwork to help people improve their physical and mental health.

And after plunging into a hole full of icy water, Boe opens up about the depression he suffered when he split from Sarah, mother of his children Grace and Alfred.

Speaking on the show, the Les Miserables star says: “When my separation happened initially I went into a really dark place. It’s weird to talk about, I’ve not spoken about this in public, but I’m willing to if it can help anyone out there that needs that.

“I’d gone through beating myself up and hating myself and not having any love for myself and it resulted in a foolish act of throwing some pills down my throat because I’d lost my way. I ended up in a rehab facility for about five weeks. It was a scary time.”

The 48-year-old OBE recipient, who has sold a million albums and has performed for royalty, has rarely spoken about the split which happened in August, 2020.

But in moving scenes on the show, hosted by Holly Willoughby and Lee Mack, he admits he is still struggling.

Choking back tears, he says: “I was separated from my wife after being married for 18 years. We have two beautiful children but unfortunately our journey wasn’t to last a lifetime.

Even though we’re close and we’re friends it’s not the same. It’s been nearly two years now but it still feels so raw. I miss her. I miss what we had.”

Alfie, who has had three Number One albums with friend Michael Ball, tells how his marriage fell apart after stress related to his job, including travelling on tour.

“I don’t know how it went, really, it was just one thing after another,” he says. “I’d been travelling on the road a lot. Having to say goodbye for months at a time was hard.”

The couple, who wed in 2004, spent lockdown at their home in the Cotswolds, but split that summer.

Sarah has remained out of the limelight since they met while Boe was rehearsing for La Boheme in San Francisco.

It was rumoured at the time that Alfie had shared secret dates with another woman while still married – rumours he strenuously denies. He has also denied reports that he joined the A-list dating app Raya and was messaging other women.

His emotional TV moment happened at the house Alfie shared with his Freeze The Fear co-stars in the Italian mountains where the show was filmed earlier this year.

Alfie tells Strictly Come Dancing star Dianne Buswell, sports host Gabby Logan and The One Show reporter Owain Wyn Evans: “All in all it was a lovely marriage and when people say, ‘I’m sorry your marriage didn’t work out’ we always look at it like, ‘It wasn’t a failure, it did work.’

“We’ve got two beautiful children. I am where I am now and the people that have helped me come a long way are our kids, friends, family.”

He says the show aided his recovery, adding he wants to be an inspiration for his children.

“The main reason I’m doing [Freeze The Fear] and rising to these challenges is because I want to make my kids proud and be a better person for everyone that comes into my life.”

Boe has previously spoken of depression due to months away from his home and family while concentrating on his career.

Best known for his London West End role as Jean Valjean in Les Miserables, he also played the lead role in Finding Neverland on New York’s Broadway, and has appeared on stage at the Last Night Of The Proms and The Royal Variety Show.

He wrote in his autobiography about giving up drinking in 2014 after a battle with alcohol, adding that he could go for months without a drink before going on a binge which would end when he would “smash up rooms and throw things out of windows”.

He added: “It became a crutch with which to deal with any stress.”

Recently Boe appeared on Michael Ball’s Radio 2 show to talk about how therapeutic all the celebrities found the experience on Freeze The Fear, with Hof.

He said: “It’s amazing, there’s not a big enough word for it. There’s something very unique and special about the cold therapy.

“You can see on the programme that everybody is affected emotionally by it.

“It seems to trigger things that you want to bring out, you want to perfect or improve about yourself. It’s a powerful thing, that breathing technique Wim Hof has created.

“You’re going through so many temperatures. It’s amazing the feeling you get from us taking a breath. It was euphoric. I just felt alive, like I had this rush of energy flowing through me like crazy, like electricity.”